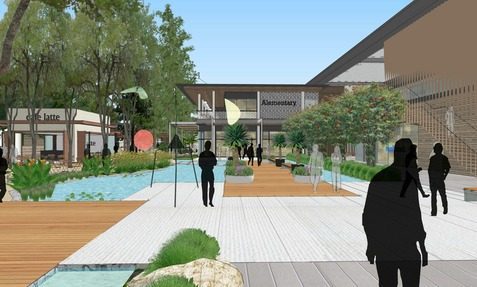 The project will be not break ground immediately, however.

A lawsuit challenging previous planning commission approval of the project has been filed in Los Angeles Superior Court by the owners of the adjacent, 39,000-square-foot Sportsmen’s Lodge Hotel. In May, Ventura Blvd Associates LLC, a North Hollywood holding company representing the New York family that has owned the hotel since 1961, sued Weintraub and the city to stop the development.

Land use attorney Alicia B. Bartley, who represents Weintraub, said she expects the lawsuit to get a court date sometime in the first half of next year. L.A. Superior Court Judge John Torribio is hearing the case.

Earlier this year the project drew opposition from neighbors, who said they had not been adequately notified about the development and complained that it would worsen traffic and parking congestion in the neighborhood.