L.A. TO CONVERT MOTEL UNITS TO APARTMENTS FOR HOMELESS VETERANS

The city of Los Angeles has approved a deal for nonprofit and private developers to convert “nuisance” motels into 500 permanent supportive apartments for homeless veterans.

Officials called it a major step forward toward developing large-scale housing for hundreds of homeless veterans. Advocates say about 2,700 homeless veterans remain in the County, despite an intensive drive by local and federal officials.

Under the deal, developers will purchase underutilized, often run-down motels from private owners and convert them to efficiency apartments. The city’s housing authority will issue vouchers funded by the U.S. Department of Veterans Affairs, which will cover residents’ rent and provide supportive services, including case management and counseling.

Further financing is expected to come from Proposition 41, which directed $600 million in bond money to fund housing for poor and homeless veterans.

The novel scheme is expected to short-circuit the years of red tape and financing issues that often delay homeless housing developments and have the apartments ready to open by January, officials said. The vouchers are good for 15 years, and the deal is expected to enable landlords to turn a profit.

“Instead of allowing blighted properties to decay, let’s use them to make a powerful change in our communities by giving our veterans the access to services and housing that they need and deserve,” Mayor Eric Garcetti said in a written statement. 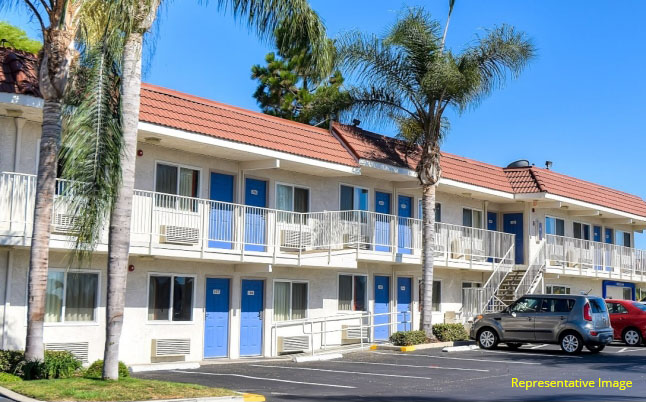 The city’s housing authority on Thursday awarded 400 rent vouchers to Shangri-La Construction, a unit of Shangri-La Industries, founded by Hollywood producer Steve Bing, and Step Up on Second, a nonprofit homeless housing agency. The team has 60 days to secure sites.

Volunteers of America, a nonprofit affordable housing group, will develop 100 units at a motel near its existing project in North Hollywood,

“Nobody else is doing this around the country,” said Mangano, who participated in discussions with Veteran Affairs Secretary Robert A. McDonald that led to the deal. “There are business people involved [in homeless housing] but not to this scale.”

“What I like about the project is it’s immediate,” said Volunteers of America President Bob Pratt. “Making these homes available for vets right now, that makes it unique.”

Tod Lipka, president of Step Up, said his agency teamed with Shangri-La on a smaller motel conversion that created 34 units of homeless housing in Hollywood, but nothing of this caliber.

“New permanent supportive housing can take four or five years, and produce 30, 40 or 50 units at a time,” said Lipka. “Four hundred is exciting.”

Lipka said his group is looking at building at several different sites so homeless veterans can stay in their own communities, ideally close to medical facilities.

Housing Authority President and Chief Executive Douglas Guthrie said residents are less likely to oppose the housing in their neighborhoods because it will replace motels that “are not of the highest order.”  Los Angeles City Atty. Mike Feuer has sued a handful of so-called nuisance motel owners for allegedly tolerating rampant drug activity and prostitution.

Heidi Marston, Special Assistant to McDonald, said the VA is hoping the county will approve a similar plan. The county housing authority has discussed the idea with developers but has no specific proposal before it, spokeswoman Elisa Vasquez said.